Tschabylink Nigeria Limited was incorporated in Nigeria in 1984, to provide integrated private security services to all facets of the society.

The company provides security services to numerous blue chip companies and also manages security for a diverse portfolio of clients from various sectors. These include; financial, industrial, residential and the critical national infrastructures.

At Tschabylink, ‘your security is our priority’. Our experience in the industry over the years has allowed us to partner with our clients in order to solve their security challenges. We continue to remain one of the elite security outfits in Nigeria.

To protect the lives and properties of our clients, whilst providing them with effective, efficient and innovative services tailored to suit the need of our various clients.

To serve in a manner consistent with the highest ideas and in conformity with the local and international private security/safety best practice. 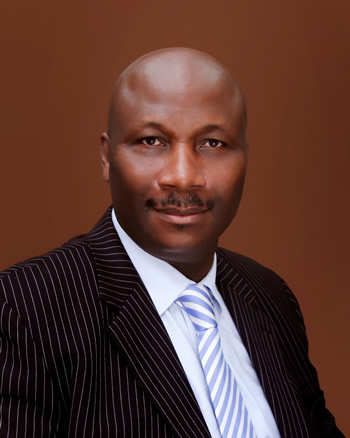 Gbolahan Adeyinka Adeosun was born in Ibadan and attended Methodist High School Ibadan and Yaba College of Technology where he studied Building Technology. He had a brief work experience with some construction companies in Lagos. He later worked for Tschabylink Nigeria Ltd for a few years as the Head of Operations.

He left for the UK in the 1990’s where he trained and worked for various security organisations such as Reliance Security, First Security and CPL Security so as to enhance his skills and gain more experience within the security industry. He graduated from the University of Greenwich in the UK in 2006 and worked within the NHS in various capacities before returning to Nigeria in 2011.

He is currently the CEO of Tschabylink Nigeria Limited. His experience abroad has equipped him with the necessary skills required to move the company forward in all areas such as the rebranding of the company and client relationships. He is focussed & result orientated always ensuring he brings out the very best in his staff.

His focus is on professionalism, integrity, passion and honour.

He is an active member of the Association of Licensed Security Practioners of Nigeria (ALPSPN), ASIS Chapter 206, Nigeria-British Chamber of Commerce and Lagos Country Club 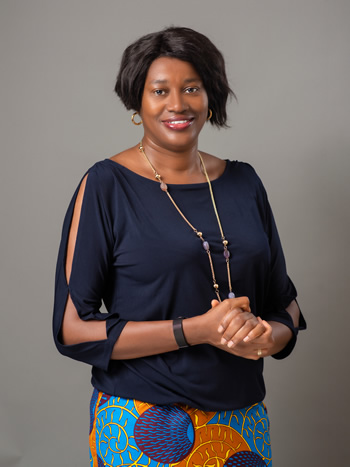 Morenike Adeosun was born in the United Kingdom. She had her primary education in London while her Tertiary Education was at the University of Ibadan where she obtained a BSc in Chemistry. She moved back to the UK in the 1990’s where she worked within both the private and public sectors. She has over 20 years’ experience as a Training Consultant and Careers Advisor. She has facilitated various training programmes in Colleges, Universities, Private Companies, as well as Government Parastatals, with core training focus on Customer Service and Employability. Whilst working at the Workplace (Newham Council UK); she established and set up the training division where she coached, mentored and trained over 500 candidates in Customer Service and Employability skills, this  programme was a huge success, as over 80% of the candidates gained sustainable work placements over the years.

She moved back to Nigeria in 2016, she is currently the Director of Administration at Tschabylink Nigeria Limited. In this role, she is involved in managing all the in-house training for her employees and general company administration.

She is also the Director of Marketing at ICLED (International Centre for Leadership and Entrepreneurial Development), where she works with a team that facilitates various training and entrepreneurial programs.  She was involved in the recruitment and training exercise of over 500 customer service executives for a major telecoms company in Nigeria.  She has also worked in collaboration with the World Bank to train Lagos state school principals on leadership and how to create more positive learning experiences for students.

Additional qualifications include an A1 NVQ Assessors award and a Professional Award in Education and Training from City & Guilds UK. 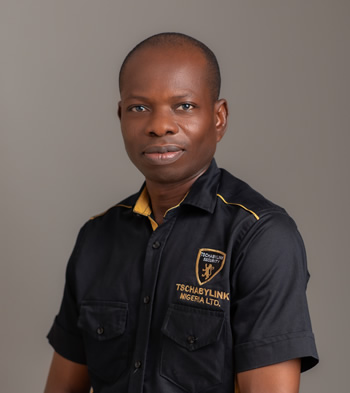 Mr Jelili Aderounmu is a graduate from Obafemi Awolowo University, with a Bachelor of Science in Economics (Bsc ). He has worked with other organizations such as African Development Foundation (ACDF), a Non Governmental Organization as the Personnel Assistant to the President of the Organization coupled with being the Account Officer.  He has worked at Kunlex Petroleum, as their Station Manager.

He has attended and satisfactorily completed a General Health and Safety course.  In addition, he has participated in many training programs organized by the International Institute of Professional Security (IIPS), which has equipped him with the confidence to face various challenges within the security industry.

Mr Aderounmu joined Tschabylink as the Personnel Assistant to the MD/CEO in 2013. His roles include: Managing the diary of the MD, preparation of the daily accounts of the company, account reconciliation, Client visitation, Supervision of all company expenses/Income , Annual renewal of all Company statutory documents/ License.  Through Mr Aderoumu’s commitment and loyalty to the company he is now the Assistant General Manager with additional responsibilities.

His hobbies include reading and spending time with family. 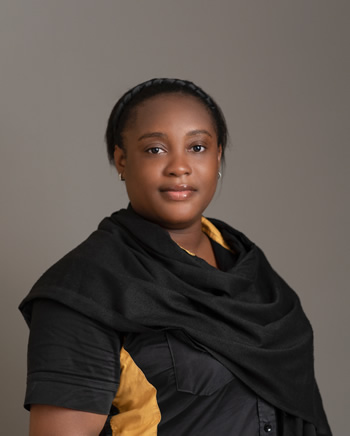 SYLVIA EBERE ELUMA was born in Imo State. She attended Army children High School, Ikeja and National Open University of Nigeria. She had a brief work experience with Mistykay Ventures where she worked as a Secretary/Facility Supervisor for four years, alongside her studies.

She started her career in the Security sector with the Aviation Security department at the Federal Airports Authority of Nigeria during her six months IT placement. She joined Tschabylink Nig Ltd in 2016 after graduating with a Bachelors degree in Criminology and Security Studies. She also holds a Level 3 Certification in Health and Safety from the British International Safety Organization.

She currently works as the Accounts Officer at Tschabylink Nig Ltd. Some of her duties include: inventory management, organizing company records, writing monthly reports, preparation of client’s invoices, handling payroll and other accounts records.

Ms Eluma further plans to apply to the Chartered Institute of Personnel Management, in order to improve her skills and competency, so she can continue to produce work of high standards.

Her hobbies include learning about the Korean language and culture. 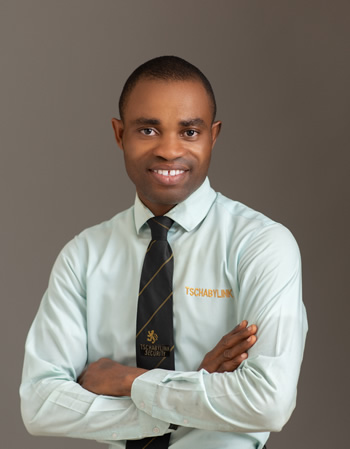 Harry Noah Eyakeno is an indigene of Akwa Ibom state.  He attended Ilupeju Secondary School Lagos. He has a National Diploma in Networking and System Security Engineering from Dalewares Polytechnic, Alaka Campus, Lagos.

His work experience started at Chivita Nigeria Ltd where he worked in the production department for four years.

He joined TSCHABYLINK NIGERIA LIMITED as a Security Operative in 2015. Through his hard work and commitment, he quickly rose to the position of Operations Supervisor. His roles include Recruitment and Training of Guards, survey and activation of new locations as well as managing his team of Beat Operation officers.

To enhance his skills and development, he enrolled for a professional course in Strategic Security and Operational Management at the University of Lagos Consult and obtained his Diploma in 2019.

During his spare time Harry enjoys playing the keyboard and listening to gospel music.